Other hours and house calls by appointment 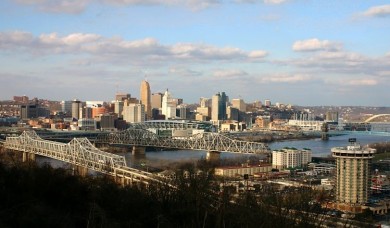 On July 6, 2011, the U.S. Department of Justice stated that it would no longer oppose joint bankruptcy petitions filed by same-sex married couples.

That position has now been reinforced by the U.S. Supreme Court in striking down Section 3 of the Defense of Marriage Act (DOMA) in United States v. Windsor, . That historic decision clears the way for legally married same-sex couples to enjoy the federal benefits conferred upon married couples, including the right to file a joint bankruptcy petition.

This is a big deal for many of my clients, and for many others as well. Read the following  for further details.

5/2/2014: Do you think the 2008 recession caused Americans to start saving again? Read this article and think again:

3/20/2014: Watch our Cable TV appearance to learn more about Bankruptcy:

The Home Owner's Association must have a really good lobbyist because they receive special treatment as a creditor under the Bankruptcy Code. Specifically, the bankruptcy code provision is 11 U.S.C. Section 523(a)(16).  Any association fee or assessment arising before the date of your bankruptcy filing  dischargeable (i.e. meaning it will be eliminated).

Any fee or assessment that becomes due and payable after the bankruptcy filing date is NOT dischargeable, as long as you continue to have legal, equitable, or possessory ownership interest in the property.

Once you have extinguished your ownership interest (typically done through a foreclosure process) in the property, then you are no longer legally obligated to pay any Home Owner's Association fees or assessments that accrue after that point.

So if you still have a legal/equitable ownership interest in that property, then you can still be liable for those HOA fees and assessments after the date of the bankruptcy filing.

If you are over 55 years of age, there are special legal and practical considerations when it comes to bankruptcy and other potential solutions to your financial challenges. American adults age 55 and over experienced the sharpest increase in bankruptcy filings of any age group since 1991, according to a recent study conducted for AARP's Public Policy Institute.

The Institute for Financial Literacy (IFL), based in Portland, Maine, did an age breakdown of the data for 2009, when 1.4 million people sought bankruptcy protection (analysts are still processing the 2010 figures). The study found that older people are making up an increasing proportion of the nation's bankruptcy filers. The 55-to-64 age group made up 17 percent of filers in 2009, up from 14 percent in 2006. The 65-and-up group, meanwhile, made up 8.3 percent of all filers in 2009, a rise from 7.8 percent in 2006.

RETIREES IN DEBTRelative percentage change in bankruptcy filing rates from 1991-2007, by age category

According to a University of Michigan study, 67 percent of people age 65 and older who filed for bankruptcy in 2007 cited credit card interest and fees as a culprit. Credit cards have become many seniors' solution when funds are needed to pay for health care, help children and grandchildren, or even to fulfill a desire live beyond their means.

Filing bankruptcy is a last resort, but it may be the only alternative. A bankruptcy typically stays on a credit record for a decade and makes it very difficult to get credit for at least a few years and may also impair one's ability to get a job or rent an apartment.

If filing does become necessary, there is some benefit and relief for seniors-

The Good News:• If you're concerned about protecting your social security: under bankruptcy law, any benefits you receive under the Social Security Act are not counted as income for means test purposes.

• If your home and the equity you have in it makes up most of your nest egg: many states, as well as the federal bankruptcy exemptions, offer debtors a homestead exemption to protect a certain amount of equity in their home.

• If medical bills are the primary cause of your need to file: filing for Chapter 7 bankruptcy can wipe out your outstanding medical bills in just a few months.

1. Stop Foreclosure on your Home. —

In bankruptcy, an automatic bankruptcy stay goes into effect, which prohibits any collection action against you, including a foreclosure. Mortgage payment arrearages (i.e., past due payments) will be paid back through the 3 to 5 year Chapter 13 payment Plan. Arrearages will get paid through the Chapter 13 Trustee from monthly payments you make to the Trustee.

3. Make Tax problems or a Child/Spousal Support obligations current over 36 to 60 months —

Non-dischargeable taxes or child/spousal support obligations can be paid through a Chapter 13 plan over 36 to 60 months depending on the plan length for your case.

4. Stretch Out Vehicle or Other Secured Debt payments & Propose a Reduction in the Interest Rate—

In a Chapter 13 bankruptcy you can spread out your secured debt payments (e.g., vehicle, secured furniture, computer, jewelry, etc.) over the life of your 3 to 5 year Chapter 13 payment plan. The interest rate can be reduced to a lower rate if you have a high rate of interest. Any arrearages can be paid through the Chapter 13 plan, which would allow you to get current with your payments.

In most Chapter 13 bankruptcy cases, people are able to keep non-exempt assets (those assets not protected by the law) that normally could have been taken if the person had filed a Chapter 7 bankruptcy. There are exceptions to this which are specific to each case.

8/20/2013: Trying to buy a property with a loan after a foreclosure? Remember these general guidelines:

1.For a FHA loan on residential, owner-occupied: 3 years from transfer date from Sheriff's deed as reported on auditors site

2.For non-FHA loan: 4 years from transfer

3.For investment property: No FHA and 20% down

4. Remember: Individual banks may have their own internal policies adding to/changing these thresholds.

If you owe on credit cards or medical debt and instead of paying that you pay past-due debt to family within 1 year of filing bankruptcy, that is a preference payment. The Judge can take that money back from your family and give it to your other creditors. For ordinary (non family) creditors it is within 90 days of filing bankruptcy. So don't pay past due debt just before filing. On-time payments in the ordinary course of business are fine.

Don't transfer titles, sign property away etc. before you file bankruptcy. Don't sell property for less than fair market value. The Judge can reverse these transfers.

Once you know you can not repay your debt, it is fraudulent to continue to acquire new debt. So don't do any cash advances or balance transfers. It is best to stop using credit cards entirely once you know you are going to have to file bankruptcy. There is a presumption that charges made within 90 days of filing are fraudulent and those may have to be repaid.

If you are filing after about October 1st and before you get your tax refunds, be sure to discuss how much you can exempt with your attorney  NOTE: Huge tax refunds are not good. This is a no-interest loan you are making to Uncle Sam each year. Far better to claim more dependents and get more $ on each paycheck.

Please don't leave creditors off your petition! Your attorney will review a draft petition with you again after we go through everything together in the office.

We can't exempt assets that are not listed, so very important to list everything you own of significance. Normally we can deal with it in some way.

7. Lawsuits & Claims against Others

Personal Injury and other claims must be listed. Because your cooperation is needed in order to prosecute your Personal Injury claim, an arrangement can often be made so you can keep part of the proceeds & we may be able to exempt them if you need them for basic living expenses.

If you will be receiving an inheritance or life insurance proceeds within 6 months, do not file bankruptcy. If you do receive these funds the Court can take them to satisfy your debt.

9. Waiting too Long:Lawsuits, wage and bank garnishments and liens and all their associated headaches can be avoided.

If you forget to attend your hearing your case may be dismissed.

When you file Chapter 7 you schedule all debt including home and car loans you would like to keep. Some banks request new contracts called Reaffirmation Agreements. Some Judges prefer  that you not reaffirm and tell clients to just keep & pay. That way you can not be sued, garnished etc. if you can't pay in the future for some reason. Since banks are inconsistent on credit reporting, you may want to pull your Equifax credit report occasionally and see if they are reporting your payments. if not, you can request a payment history from the lender once a year and forward that to the credit bureaus with a request they update your credit history.

4) most are slightly better educated than the general population

5) Two out of three have lost a job

6) Half have experienced a serious health problem

7) The vast majority (91 percent ) have suffered a job loss, medical event or divorce

Previously, the practice of stripping a lien was only available to bankruptcy clients who filed a Chapter 13 bankruptcy, which can be more expensive and complicated than a Chapter 7 bankruptcy. This is STILL the case in Ohio.  However, the Eleventh Circuit appellate court recently stated in In Re: McNeal v GMAC Mortgage case No. - 11352  an opinion, ruling that debtors in a Chapter 7 bankruptcy can "strip off" the lien of a second mortgage if the fair market value of the underlying property is less than the outstanding amount of the first mortgage.

As such, debtors in Chapter 7 cases can be discharged of all the debt and strip off the lien of the second mortgage to the extent that it is wholly unsecured, in other words that the fair market value of the property is less than the amount owing on the first mortgage. With the large number of totally underwater second mortgages, this should provide significant relief to those in the Eleventh Circuit and hopefully, someday soon travel to other jurisdictions.

7/10/2013: Why would the Bankruptcy Court deny my bankruptcy discharge?

Some reasons include Intention to defraud creditors by concealing or withholding property. Fraudulent acts committed such as destruction of records, perjury, or concealing details, or the willfull failure in taking responsibility for loss of assets.

When this happens, a Court order violation has occurred. Any or all debts related to your case could be denied a discharge. Sometimes the case leads to termination or dismissal, depending on actions carried out by the trustee. In other words, if your case continues to press forward the opportunity to discharge your debt may be lost.

Most debtors seeking to have debt eliminated or discharged may have the action granted by the bankruptcy court. Although a discharge can be denied and in many cases it is due to the debtor doing something they should have avoided. It is important to note that when a discharge is denied, it may not necessarily mean the case is dismissed. But, it often depends on the situation of the debtor as to how the case will proceed.

It is important to be honest in reporting information about your case to your trustee or bankruptcy attorney. If you are denied a discharge in a Chapter 7 case, it is possible such debts may not be dischargeable in a future filing. There is the possibility of getting them discharged in a Chapter 13 bankruptcy. You can review this option with an experienced bankruptcy lawyer.